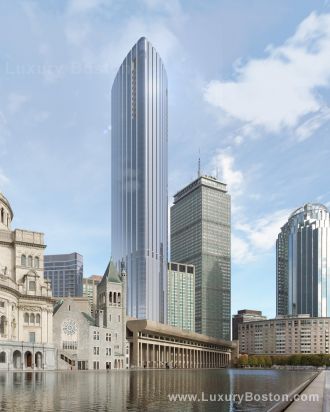 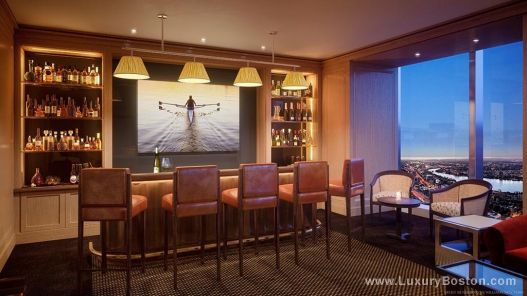 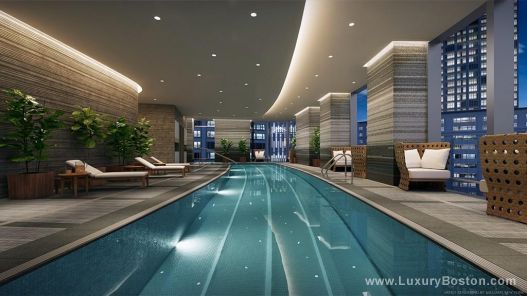 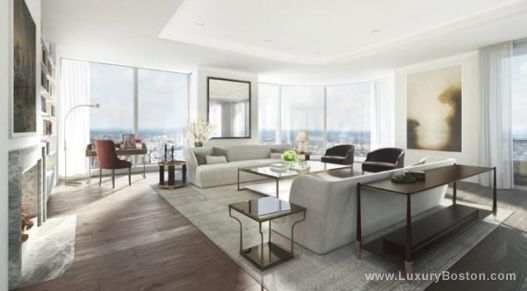 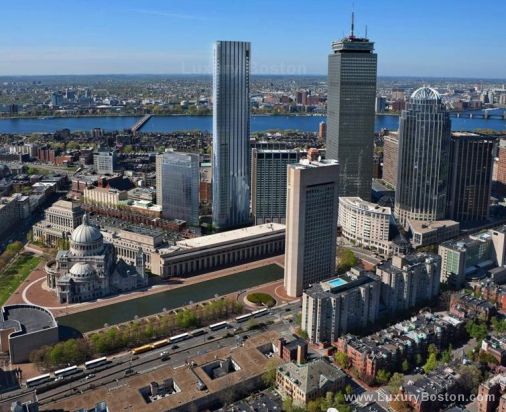 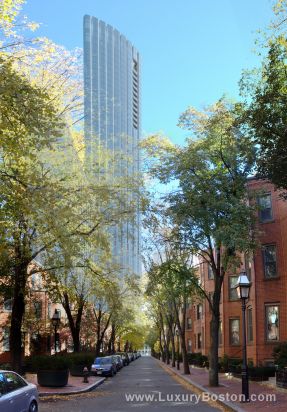 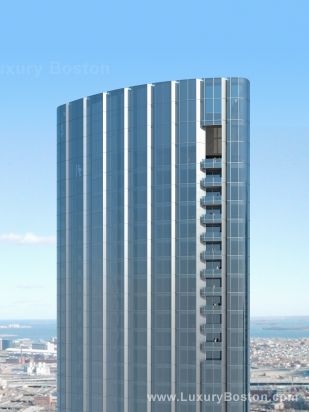 The Four Seasons Residences at One Dalton Street, Boston is located in the Boston's premier Back Bay neighborhood and directly across the street from the ultra exclusive Prudential and Copley Malls.  Boston's tallest residential tower will be one of, if not the most luxurious, amenity filled, properties in the World(not just Boston).  Rising nearly 700 feet, the property will house a Four Seasons Hotel on the lower floors, and luxury condos on the upper levels that will rival The Mandarin Oriental Condos. Upper level units will feature outdoor spaces, commanding views, floor to ceiling windows and state of the art bailouts.  The Hotel will serve the building residents with 5 star services, a spa, gym, and swimming pool.

Boston will be one of 5 premier cities to house two Four Seasons Hotels. Others being London, Shanghai, Istanbul, Los Angeles, and Chicago with New York soon to follow.

Henry N. Cobb, the design team behind the iconic Hancock Tower is designing the project along with Cambridge 7 Associates.
The site will also house a beautiful park designed by famed landscape architect, Michael Van Valkenburgh, as well as a 26-story ultra luxury apartment building on an adjoining parcel to be built by The Pritzker Group out of Chicago.

Cheesecake Factory - National chain with an incredible menu ranging from salads to delicious pasta dishes to every comfort food you can imagine.

Prudential Center Mall - Just across the street from One Dalton, The "Pru" as it is called in Boston boasts some of the highest end retail in the country including Gucci, Tesla, Lululemon and Saks Fifth Avenue.

Receive listing updates in Four Seasons Boston at One Dalton

Request more Information or schedule a tour of:
Four Seasons Boston at One Dalton Back Bay- Boston, Massachusetts

When you are ready, please contact us and we will put our unrivaled knowledge of the Boston real estate market to work for you. Whether you are purchasing a luxury home, condo or renting an apartment, we pledge to make your experience as stress free and enjoyable as possible.

For prompt, expert service and answers to all your questions, please send us a message or call anytime at
617-233-5800